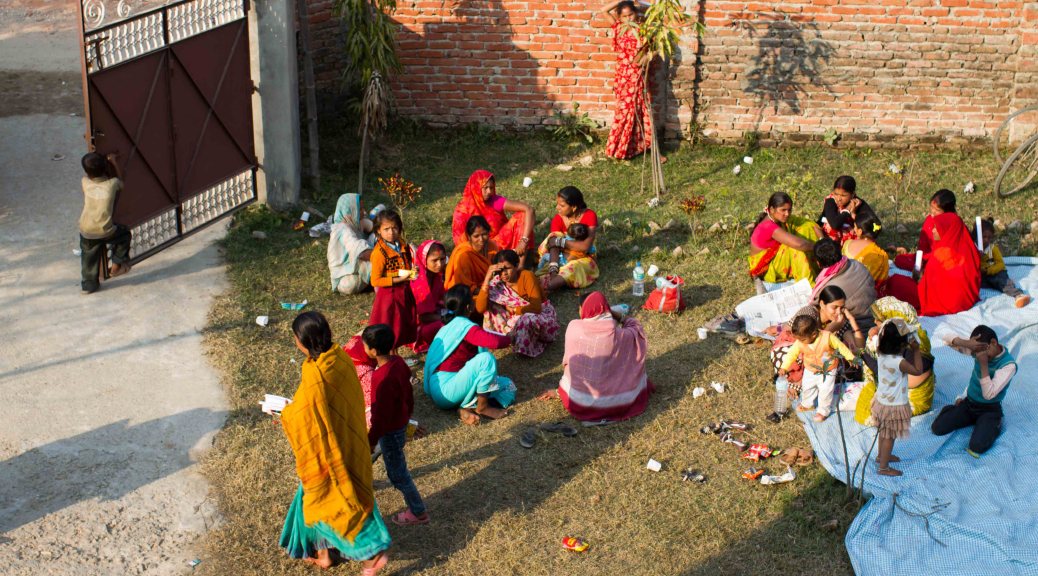 Well here we are again. I’m writing to you now after having just had a celebratory beer with Suzanne (although ironically she was drinking coffee, heading in one direction was I was heading in the other). I just submitted my job preferences for the next two years. I don’t hold much ambition that my preferences will get me very far but at least I got down on paper what was probably important. The suggestion from the school that I rank all 270 of the programmes was a fair if not depressing reminder of how arbitrarily I feel the whole process represents individuals. Anyway we will see what comes of this coming weeks and months. I’m glad to be rid of it as it has been heavy on my mind this week!

The last two days have been incredibly busy. We have had 85 children visit our study centre of which large proportion had been included in the calibration study which I am here to perform. The gods must have smiled at us because both days had fantastic weather – with perfect blue skies and warm sunshine – the various worries about my professor arriving, the strikes and the festivals preventing people coming were all fears to be allayed as the first drips and then drab and torrents of people arrived on Sunday. We clocked through at maximum capacity… bear in mind that we’re not simply talking about single children… We are also talking about all their family members who accompanied them on this, I’m assuming, special occasion of visiting the research centre. It was quite a sight to see hearing from the veranda 50 families gathered on our front lawn.

I’ve been thinking for some time about doing a serious film down here. The ideas are formulating and we are collating various plans together which will hopefully enable us to get the shooting down before I leave in three or four weeks time. We have great potential to do something quite substantial here. During the last two days I managed to organise with the local staff and Delan filming of parents and children involved in the study – with progressively better success. We held pseudo-focus groups which I filmed on the front lawn in lull in the protocol when the children were under strict confinement with Suzanne inside who was kept busy all day controlling chaperones, traffic flow and doling out biscuits and fizzy drinks with military precision. Drinks, biscuits as placation tools aside one thing for sure is that you would never get 50 English 7-9 year old children into a confined space with such impeccable behaviour. The children were incredibly well-behaved and even in terms of the protocol performed far better in their task of giving saliva samples and did even my highly educated adult study sample from my bachelors year. So far we havent rejected a single data point… There’s no substitute for doing things carefully I guess. It brings a sincerely deep sense of satisfaction that all our hard planning has come to fruition and everything is running almost without a hitch.

The challenge now lies in populating the plot for our data range with children at the extremes of our size distributions. The main trick is that we are trying to do study which will train the larger population state using a technique of high accuracy than what we are currently using for that wider group. In order to do this we need equal representation throughout the whole range of our data even though this may not really be reflected in the actual numbers withing the population we are studying. In simple terms this means that we are targeting our most underweight and most overweight (relatively speaking) children from the study when they may actually only represent a small fraction of the overall amount included in the wider group. This being said we also have the lucky flexibility of being able to roll out the tests in children who are not involved in our study but are of the same age range from the local populaton. Hopefully we will be to conclude a whole rest of the calibration study in the coming days/weeks. In any event only have three or four weeks left here so they can’t be very much room for delay.

It is been a great pleasure to have Prof. Jonathan Wells here. I was remarking to Suzanne this evening that it makes me reminisce about my year in research and my dreams of one day becoming a full-fledged researcher. These dreams have come really muddied by school and all the various other ambitions I fill out my brains with – somehow talking with him again reminds of the the amibitons i developed a couple of years ago… Certain I’d like to do a Ph.D. it would really give me a chance to study some these are areas which I am very interested in but simply do not have the time to give much thought to currently. Trying to juggle medicine with design study and maintaining/establishing my business contemporaneously with working pretty full days doesn’t leave much room to manoeuvre in terms of slacking. I look forward to starting a Ph.D. if only for the reason that is specifically designed to enable you to pursue your interests and look after questions were striking after.

One of the main reasons that it’s a real pleasure to be back in the company of Jonathan, aside from the fact that he’s one of the most chilled out people and seems to exude “continuous positive regard ” (although he is a deep cynic when it comes to established societal structures (not necessarily mutually exclusive granted!)), he is also a incredibly stimulating person to discuss things with. Although for most an expert in nutrition and body composition reasearch, Jonathan’s a prolific writer and voracious reader with deep knowledge over many areas – so any discussion will always bring up the issue of your own inadequacy of knowledge in almost any area of discussion. He has transited through remarkable number of disciplines (starting out as an anthropologist) and his knowledge is so broad base that you can throw him into any discussion and he will always have an interesting and valuable contribution to make. It’s been a particular pleasure reminiscing and sharing anecdotes of the last two years. I have a deep and profound respect for this man who has taught me so much, not least of which is scepticism for conventional wisdom and recognition of the need to voice opinions on matters which are taken for granted that really should be debated. We share a similar backgrounds despite being of different generations. I sincerely hope that if I am not able to maintain my research interests….we will at least maintain our friendship.

So the coming days and weeks are filled with further work but should leave some room to manoeuvre on the many other projects I have boiling in the background – not least of which is medicine and the looming threat of finals). I have the pleasure of two more days company with Jonathan and a new training programme in photography and film which i am to be running for staff at the office before and after work….
Let me know what you think of the stories and the photos. There’s plenty more curiosities to be unveiled here in Janakpur!