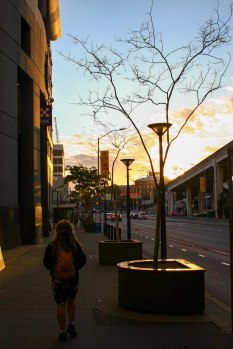 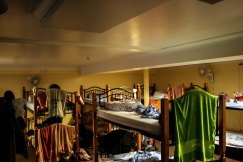 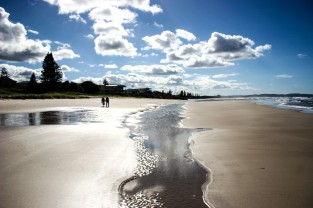 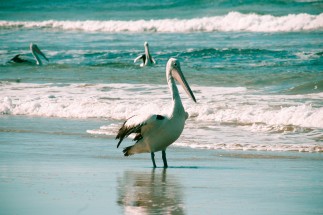 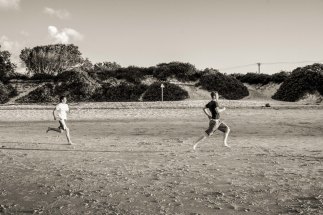 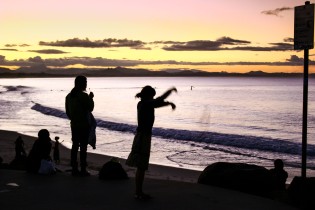 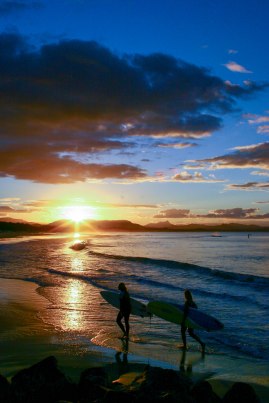 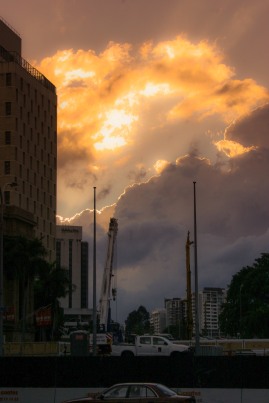 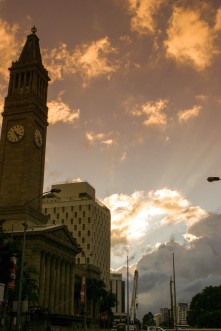 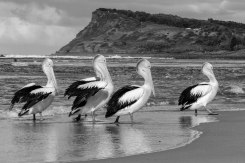 Brisbane saw me staying in a hostel with a dorm of around 50 people. I recall these days as some of the most sleepless in my entire journey.  I was placed near the door and I saw people coming going at all hours of the day and night. There were workmen leaving at five and six and 7 o’clock and revellers coming and going returning at 11, 12, 1, 2, 3 to 4 o’clock in  the morning. Brisbane itself was a beautiful city and I spend my time wondering to galleries and the Central Plaza.  Unfortunately, an an old friend of mine who lived in a city was out of town at the time and so I was unable to get the local’s tour.

A few days later I journey down to Byron Bay, In fact to staying in Lenox Bay which is a few miles down the coast. During the day I went for walks and pondered my increasingly light wallet and how far that might get me. As chance would have two school friends, Spike and Ali who are on their own way to Australia travelling north met me at Byron. Having been away from all of these sixth form recollections for so long I found the boyish banter curious and kept myself close. They raced on the beach, we shared fish and chips and a beer perhaps before and I hitched back to Lennox bay. The next day I waited back in Byron, writing and pondering voyage onwards before my next Greyhound bus to the south – hunger high on my mental preoccupation list.