After a talkative first leg from London (i had planned to sleep but go distacted by friendly chat) the longest layover in many a year in Doha, Qatar. I arrived In Doha airport after having spent the day and night since Christmas day awake. Overnight I had frantically managed to finalise packing and processing everything before heading off. Entering Doha, having not slept for 36 hours by this stage I powered through on coffee, swapping and changing positions around the various lounges. I was significantly underwhelmed by the duty free – kicking myself for not having bought a card reader and an external hard DVD drive whilst I had the chance in Heathrow – I managed to pick up the card reader, to the tune of $40. A constructive warning for anyone considering purchasing electrical goods in transit here. Don’t bother!

The cafe Costa was a nice retreat however and I powered through about $20$of different coffees of various sorts as evening turned to night and eventually night to morning. It was curious seeing the burning Tarmac lit up – In the distance shimmering middle Eastern architecture confused with burgeoning modern high rises In the distance. One of these days I will actually set foot and explore these lands…. The sun perked my wan spirit and eventually I boarded my 10am flight to Kathmandu… Finally making the last step. I sought an hour’s respite in sleep as we soared away from the glinting peninsula – over the sea and land until approached the Himalayas – epically laid out before me beneath the left wing. The warm sun and surprising freshness (not cold) of kathmandu was a welcome feeling – it was not till later, lacking central heating that I realised the need for constant cold weather gear. After a time I met with Delan and his wife Sylvia, flying in on a flight which dovetailed mine by 30mins (I still haven’t figured out why Qatar ran two flights from London to Doha and Doha Kathmandu separated only by 30mins  – what’s the urgency? I’ve certainly waited longer for buses!).

Depositing me in Thamel – the backpacker and tourist hub of Kathmandu which sprung up from a single guest house in the 70s as I recall – Delan and Sylvia made their way to the lovely “Shankar” hotel whilst I took over Delan’s room in “Sacred Valley Inn”. Stealing out for a beer at a local bar (and some really dismal paneer butter masala) I met a few expat characters drinking to their own health with champagne and was used for English practice by the Nepali staff at the bar. I retired to bed into a deep and truly exhausted slumber – waking fresh for my first day at hospital at Kanti in the morning. 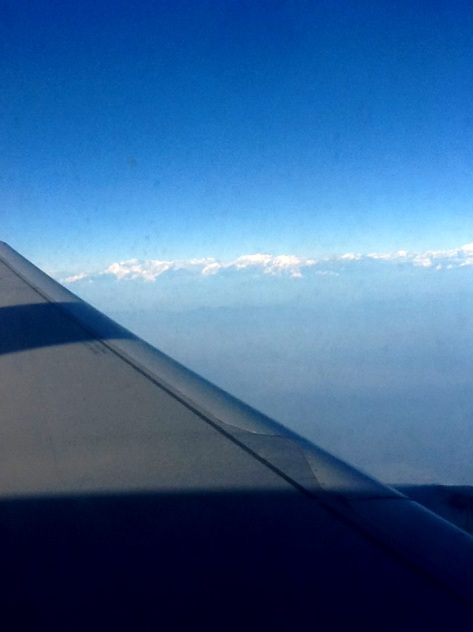