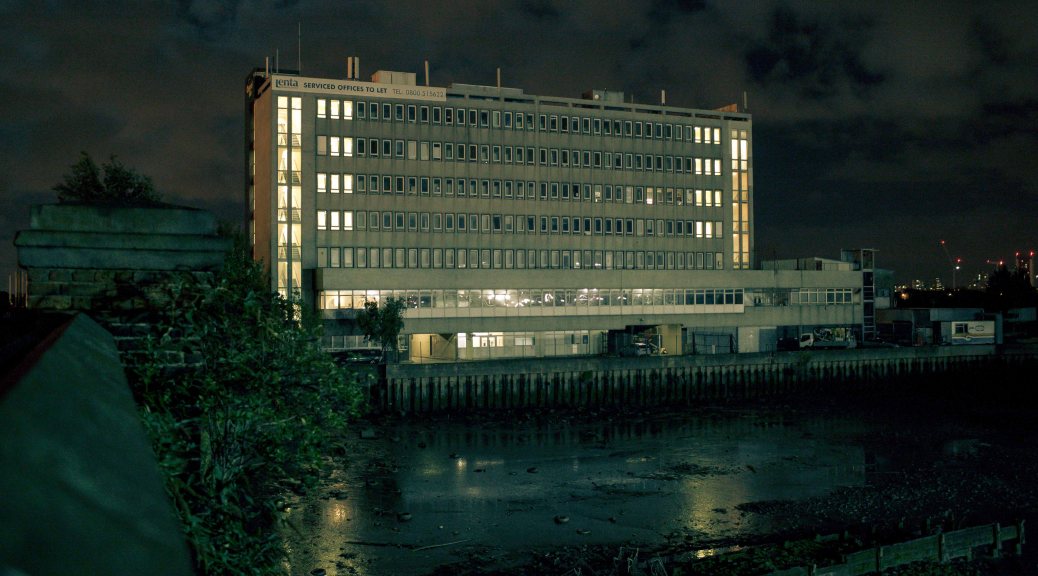 Back in October “List Writer” and old friend Mr Matt Hickman invited me with a suitable lead in to a “Zombie Run” – aka “2.8 hours later“.  Matt has had the onerous duty of pushing the limits of discovery of London’s best hot spots, celebrating the weird, wonderful and fantastic in him excellent and rightfully popular blog “the List“. So after signing on the weekend eventually came  and we met as a team of 4 – 2 guys 2 gals – together under the clock in Waterloo.

The event ran as follows: Teams of 4-8 people journey together using clues gathered at various check points through an area of London whilst being chased by actors dressed and behaving like zombies – and not the slow shambling types of yester-year – the fast lethal variety seen in the brit-horror classic 28 Days Later. As as a long term fan of all things zombie I was very keen to see what the night had to offer.

In the end we were joined with another team of 3 lads who had done the event the year before. They were hyper-keen and helpful members of the show. The first 1-2 miles of the run were quiet on the zombie front as we transited between check-points gradually ratcheting our internal tension up for the first zombie encounter. When it eventually came and despite the hype and tactical positioning- I was in fact the first in my team to get caught – so denoted by an indelible UV pen mark on my forearm that would only come apparent at end of the run in the “screening room”.

There were various set pieces in the run the most terrifying of which was a long run an a walkway in the dark with zombies sprinkled all the way along who would spring from hidden alcoves to case you down. In the excitement there were indeed a few tumbles, cuts and scrapes – Matt falling victim at one particular turn in this respect.

At the end of it all was of course a bar! The room steadily packed out as more and more people completed the course and packed into the warehouse complete with DJ and stage dancing zombies. Here’s a view of the aftershow. 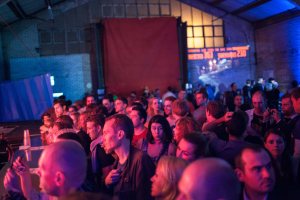 My only disappointment from the evening was the lack of use of enclosed spaces which for those who have sat and thought – as I have – about what one would do in a zombie apocalypse – this presents a uniquely terrifying prospect. Recall the “escape the block” from World War Z. Apparently the previous year’s event had had such a stage inside a car park.

If any such future events come up I’d personally be keen to recapitulate the experience, though I fear as with concerts, my lack of financial liquidity and low awareness levels for such events taking place would probably surmount my ability to stage for this intentionally… I’m sure however the invite will come around again – especially if Matt “king of organised fun” Hickman has anything to do with it!

A final side note mentally is the link back to my 2011 show which I directed and produced: RUMS 4th year show: 28 Stations later. I’ll have to write about this, somewhat controversial offering, another time! 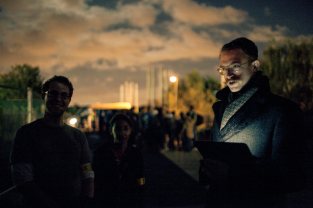 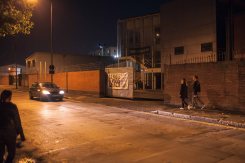 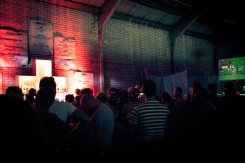 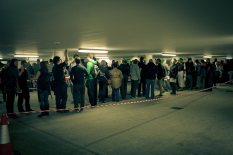 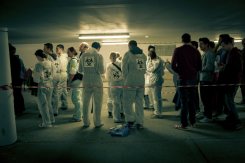 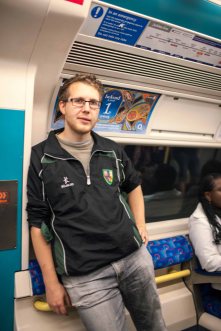 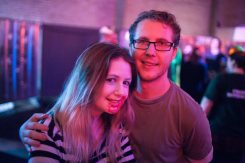 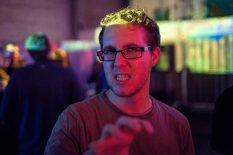 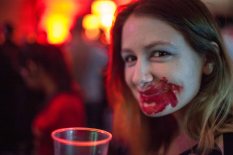 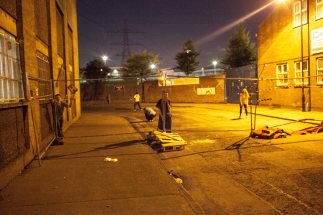 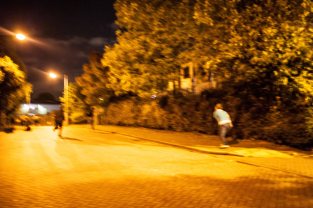